Between the night of July 16 and 17th, the Moon will pass through the shadow of Earth causing a partial eclipse of the Moon. The eclipse will be visible from entire India. Although eastern part of India will see the eclipsed moon setting, western and southern India will see the entire eclipse before the moon sets in the west.

An eclipse of Moon is caused when the Moon is on one side of the Earth and the Sun on the other and all three are in a straight line. This arrangement also caused the Full moon phase which means lunar eclipses occur during the full Moon phase only. On the night between July 16-17, the full moon will pass through the shadow of Earth. Although the entire moon will be under the Earth’s shadow, a smaller part (35.79%) will be under penumbral shadow while the larger part (64.21%) will fall under the umbral shadow of Earth. This arrangement will cause partial dimming of the surface and there will be a brightness gradient moving from top to bottom of the Moon. This will also cause the Moon to change colours from top to bottom.

Lunar eclipses and Solar Eclipses generally happen with in 15 days of each other. This eclipse will follow the total solar eclipse of July 2nd visible from South American nations like Chile and Argentina. The eclipses takes place when the Sun, the Earth and the Moon align in a straight line which happens twice in a year. the next set of eclipse will take place in December and January 2020 where the Annular Solar Eclipse of December 2019 visible from Southern India while a penumbral lunar eclipse of Jan 11 will occur.

This eclipse will be visible from 00:14:31 hrs IST in India and will continue to be under eclipse for about 5h33m. The Moon will set by then in the eastern part of India and hence they will miss the last part of eclipse. While in west India the eclipse will be end before it sets. The eclipse observation may be a challenge due to the ongoing monsoon and hence people from most part of India may not even experience it. Although it is expected to have a complete washout in the east and south, the north and centre can have a little expectations. Although western India is the place to be next week as the skies are expected to be clear and dry. The weather predictions in the preceding 24 hours of the eclipse is worth noting down for your location.

To observe the lunar eclipse, you do not require any fancy equipment. Although having one is at your advantage. Unlike solar eclipse, lunar eclipses are absolutely harmless observing unless you are walking while looking up at the eclipse. Go out or look through the window or from your balcony. If you can see the moon post midnight, you are looking at the ongoing eclipse. The penumbral phase may not be much visible to human eyes but the partial phase of the eclipse can be easily recognised. If you have a pair of binoculars then lie down and observe. It is a very long event and you will get tired. If you have a telescope, you can use it to witness the shadow moving across the mountains, valleys and the surface of the moon. It can be a great experience for self and for your family and friends.

Many reasons to watch this eclipse:

Here are some of the images for you to enjoy and feel motivated. 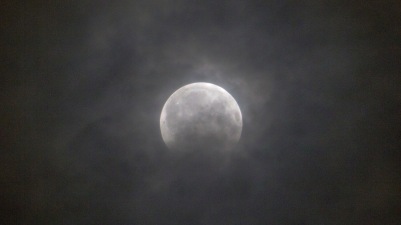 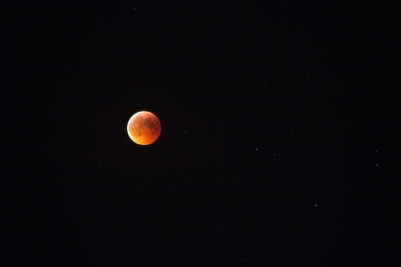 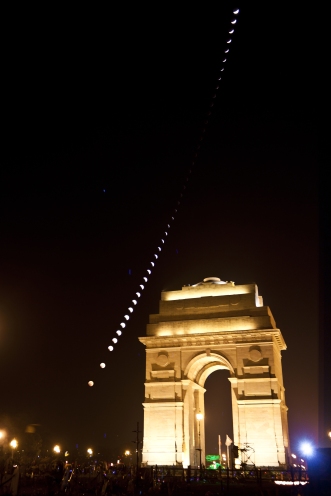