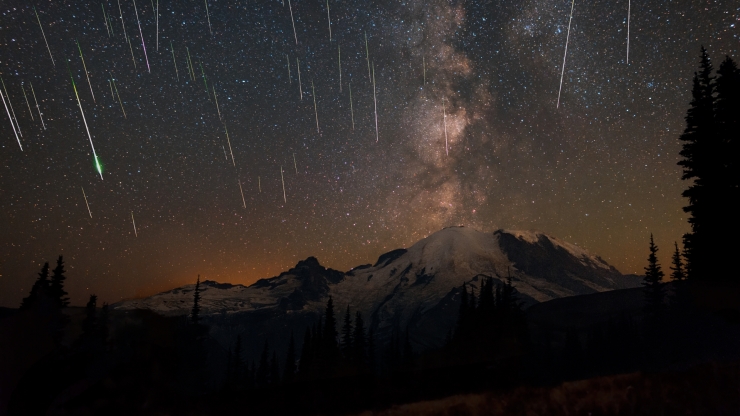 The Perseids are often the most impressive meteor shower of the year for the Northern Hemisphere. The meteor shower offers a consistently high rate of meteors every year and it occurs in August when the temperatures are usually nice enough for a night under the stars. Also the monsoon season is almost over in the North India which makes the sky clearer and has better chances of faint meteor activity through the night. This year the Perseid Meteor Shower of 2020 is going to be special due to two reasons:

Each year in the late July till mid August, the Earth encounters the debris left behind by the comet 109p/Swift-Tuttle. With 133 years of orbit period, the comet visits the inner solar system more often then others. The last encounter of the same was recorded in the year 1992. Even though the comet is now venturing in the outer solar system, the debris left behind are still at large and we get to see spectacular shows during the peak which is August 11-12 every year. The debris are left behind by the comet in its many trips towards the Sun. The shower is named after the constellation of Perseus from where the radiant of the shower lies. All the meteors appear to originate from this point hence called the radiant. 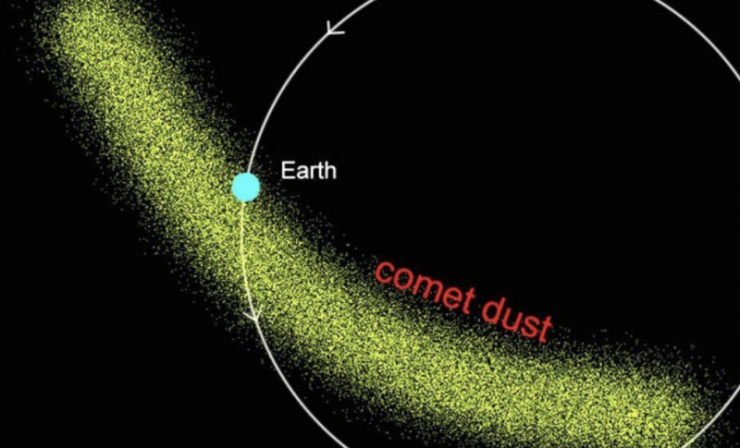 To view the Perseid, you need to be ready since the evening. Although not much of activity happens during the evening hours, the meteors are best seen during the late nigh till early morning. For last few year, the Moon had a bigger and brighter phase during this time of the month and in the coming next few years it will again have larger and brighter phases which means this year is going to be one of the best chances to see the meteor shower. The shower will have better visibility toward the mid night and beyond when the earth (your location on Earth) will be facing the debris.

As the earth rotates and the time approaches local midnight, the radiant is high up in the sky to allow the observer to view all the meteors originating. In the early evening, since the radiant is very low in the eastern sky, many meteors enters the earth’s atmosphere at such angles that observation of the same is impossible.

Meteors are tiny space rock, possible a size of rice grain or marble. As the earth moves in to its orbit rotating at 30 KM/S,  these particles enter the Earth’s atmosphere at very high speeds. Their speeds can be upto 100,000 KM/H which creates  a lot of friction and due to hear they start to burn and emit light. Due to this burning, they are spotted. One can see the highest number of meteors on the night between August 11 and 12 however slightly less numbers can be observed a couple of nights before and after as well.

The burning meteors emit lights at different wavelengths. The color of the meteor dictate the composition of the space rock. Based on the color of the meteor seen, the composition and origin of the same can be observed and estimated. Every year the scientist take help from amateur astronomers around the globe be collecting their observation in order to understand and better predict the nature of the meteor shower in future. A lot of factors like location, light pollution map, obstruction of horizon due to building/hill etc followed by number of meteors observed during a stipulated time in the evening, midnight and morning hours and colors as well. One tough task while recording such observation is to isolate the sporadic meteors from the shower meteors. This enables us to estimate the correct ZHR of the shower and will help us in predicting better for the future. This year, the ZHR is expected to be around 60-70 from dark location, 30-40 from semi-urban/ sub-urban skies while 10-12 from city skies. Light pollution is a major factor in reducing the numbers.